The Miamisburg Viking Marching Band will perform in their first competition this Saturday, 9/14 at the Falcon Force Competition at Bishop Fenwick HS in Middletown, OH. This competition is sanctioned by the Mid-States Band Association, which classifies bands by the number of playing musicians. Miamisburg is in the Open Class, having more than 90 musicians. The Viking Band will take the field at 7:15.

Awards will be given out in each class for the highest achievement in the categories of Visual, Music, General Effect, Percussion, and Auxiliary, as well as placement. In addition, the band with the highest score throughout the day regardless of class will be awarded Grand Champion.

Tickets can be purchased at the gate. Children under 6 are free, children 6-12 are $3, and all others are $7. The schedule for the day can be found below: 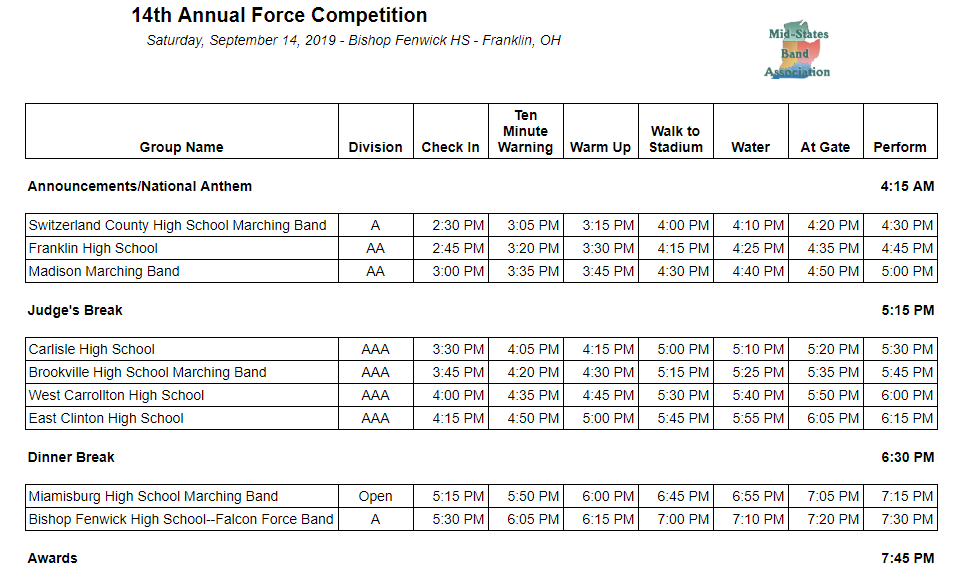