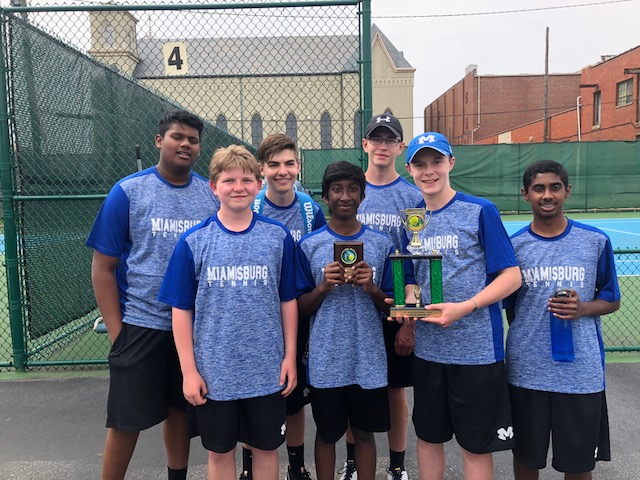 The “young guns” of the Miamisburg Viking Tennis Team are beginning to get noticed. The Vikings rolled into the CJ Invitational riding a 3 match winning streak on Saturday morning. When the dust had cleared the young Vikings emerged as tournament runners up, just 2 points off the winning CJ squad. Sekar Dhanasekar finished 4th at 1st singles, Michael Raj was tournament champion at 2nd singles, Jonathan Bierley, and the doubles teams of Jacob Brooks and Darshan Prekumar and Matthew Wells and Vance Willis were all tournament runners up. The Vikings battle Franklin and Wayne next week as they look to move up from their #8 ranking in this weeks MVTCA Coaches Poll.